Why do Americans love fried foods so much? It’s a great question with an obvious answer. We love the texture and the flavor. We love the contrast between crunch and tenderness. And we love the cooking consistency the fryers can provide from all angles.

But what about operators? Why do they love serving fried foods? Again, the answer is obvious if you dig into the statistics. According to a Technavio study that was summarized in Business Wire, fried foods account for a profit margin of around 75 percent.

“The high consumption of deep-fried food products such as chicken strips, French fries, and onion rings in the US influences profit margins of foodservice establishments,” says Manu Gupta, a lead analyst at Technavio. “Due to the high profit margins from fried food items, more end-users may include such foods in their offerings.”

Fried foods are important and lead to much higher margins than other types of food. This means it’s also important to maintain the high-quality and integrity of fried foods, and with the Carter-Hoffmann Crisp ‘N Hold, that task is a little easier.

Falafels have one of the most loyal fanbases in the world. In fact, there are really several fan bases. Israelis claim they invented these flavorful balls of chickpea flour, herbs, and spices. The Lebanese claimed they were the first to make them. Small shops in Greenwich Village claim to have the best. While we don’t know who invented them or who makes the best, we do know what qualities to look for in a great falafel.

Falafel #1 is the perfect blend of chickpeas and a secret blend of herbs and spices. They’re rolled and dropped into a Pitco fryer. The desirable contrast between a crispy exterior and a moist interior is achieved, and the falafels are pulled from the fryer at just the right moment. Now, they’re ready to be served to the next customer, but right now, there isn’t a customer. Those falafels are moved under a heat lamp, where they sit. They sit for longer. They start to lose moisture, and eventually they dry out. They’ve lost their quality.

Falafel #2 is made the exact same way, created from a family recipe that’s more than half a century old. A fresh batch is dropped into the fryer, where it emerges at exactly the same time as the batch of falafel #1. They’re a perfect contrast of crispiness on the outside, with a succulent moist interior. These are the perfect falafels, too, but this batch goes into a Carter-Hoffmann Crisp ‘N Hold. Instead of immediately drying out under intense light, a hot air current circulates around each falafel preserving its great qualities for up to four times longer than a heat lamp. Moisture stays inside the falafel, not outside. Excess steam is removed preventing falafel #2 from becoming soggy.

What does the customer get? Two drastically different experiences from the same recipe. We don’t want you serving soggy or dried out falafels. As you can see, Carter-Hoffmann’s Crisp ‘N Hold offers an easy way to preserve the high qualities of your fried food program, no matter what type of operation you run or space you have. Built with different spatial requirements in mind, you can put a Crisp ‘N Hold on floors or on countertops, and they’re available in drop-in or vertical options. 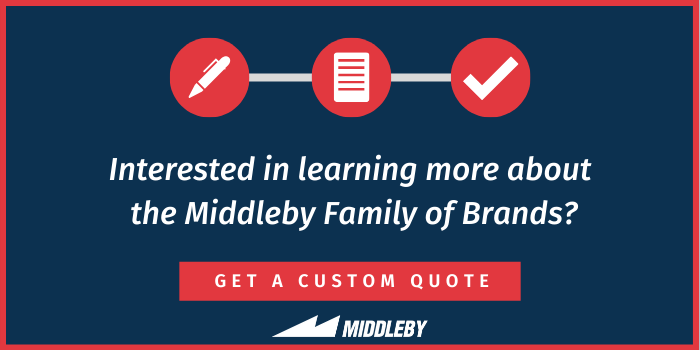